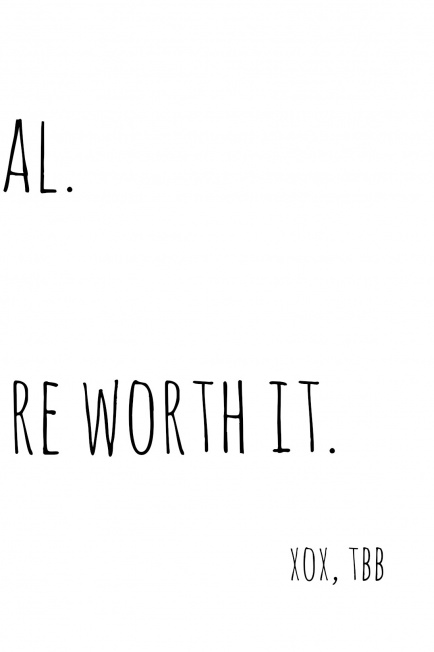 My Thoughts on the Healing Belle Controversy

Hi babes! I am home in Sacramento for the weekend (Nor Cal, what up!) and couldn’t be more cozy on my couch, cross-legged, flannel pajamas, sipping a smoothie, with my dad working on his adding machine nearby (yes, his adding machine…), & with NOTHING on my agenda today except to rest up for tomorrow’s half-marathon and maybe to go on a nice, long walk in my neighborhood. Oh, and I got the best night’s sleep of all time last night.

It is with a heavy heart that I address the topic of Healing Belle today. I don’t know any more than what has been written about in the news, but I feel obligated to write about it because not only have I publicly encouraged the support of Belle’s app, book and personal journey… but I have turned many friends/readers onto her story and brand, and I know that there is a lot of confusion out there right now.

If you are unfamiliar with Belle’s story, let me hit you with a little background info: Belle Gibson is an uber-popular Australian health blogger who rose to major success via her best-selling app, The Whole Pantry, and a book by the same name published by Penguin. Belle garnered a massive social media following by telling her heartfelt story of being a young brain cancer survivor who healed herself through a plant-based diet. She encouraged a treatment-free healing program and wrote about it extensively on her social media & in her book.

I had the opportunity to meet Belle personally in New York nearly a year ago, and we became extremely fast friends. Actually, more than fast friends– we connected on a level of practically soul sister-ness that would be hard for me to capture in words. At our first dinner together, we laughed, cried, talked late into the night and literally held hands across the table while I confessed to her that I was transitioning away from veganism and was terrified what that would mean for my brand. Belle listened, offered a shoulder to cry on and gave me cut throat business advice that I still think about daily. She told me in a pragmatic and loving way, all at once, that I needed to change my blog/business name and I needed to do it stat.

Then she came to an event I was hosting two nights later, which was the first place that I publicly announced my transition from veganism. She stood in the back of the room, quietly, soaking in the night and offering her support. My friends and others in the wellness industry were beyond eager to meet her that night, as she was a huge inspiration to all of us — a celebrity in the wellness world and a physical embodiment of strength and success in the face of great adversity. She socialized, took pictures, hung out and slipped out of the room when the night was over.

We kept in touch here & there after that night, but with her being in Australia, battling cancer, working on book #2, raising her 3-year-old son, running one of the most successful iPhone/Android apps on the market, getting recognized internationally for her business success & being a notoriously “not good at texting people back” kind of person, I was not offended at all when our communication dwindled out.

When I found out that her cancer had returned with a vengeance (after a very public Instagram photo she posted saying that it had spread throughout her whole body), I cried for a solid afternoon. I couldn’t believe someone so young, so capable and so kind-hearted could possibly have to suffer so much. I reached out to Belle to offer my support & love many a time with no response, even offering to come to Australia and help with anything she needed.

I never heard back, and I wasn’t shocked. I figured she was receiving more support than she could even acknowledge, and I went on with my life in NYC and then in LA. Now, in the wake of strong allegations that she never had cancer, did not donate a single cent of her supposed non-profit app & book to charity, and has even lied about her age/name, I feel shocked, betrayed and wary to believe it all… but I know the allegations had to have stemmed from somewhere.

If the allegations are true, then I was manipulated, along with many, many other people out there, into believing her words as truth. I cried with her and held her hands while we talked about her fears of her cancer returning and all the friends she had lost to the disease. I am an optimist, so I would like to believe that there is at least partial truth to everything we discussed, but now I am not so sure.

Belle had told me that she donated 100% of the money from The Whole Pantry App & The Whole Pantry book to different charities – both cancer foundations & a foundation that supports angel babies, which Belle has also publicly talked about. There is no record of her donating any money anywhere to any charities. And while Belle says that she is 26, records indicate that she was born in 1991– making her a year younger than myself. (I don’t care how old you are, Belle! But what the heck?)

Looking back, maybe a bit of it makes sense. I haven’t heard from Belle in almost 9 months. I do strongly believe that when people are not being authentic to others and/or to themselves, they pull back from people who care about them and give them nothing but positivity.

I don’t want to say that I believe that everything Belle has said is a lie. I am wary, because even her publishing company & Apple have both said that they did not do background checks (and Apple just took her app off of Apple Watch) and Belle has now made her Instagram private & deleted all health-related posts… but I would never fully believe the media and the claims without hearing her side of the story.

Regardless, I do think The Whole Pantry has helped people live healthier, happier lives, and I don’t think that her hard work to grow that empire should be forgotten.

The reason I AM writing about it is because the issue of authenticity is huge to me. If people who were suffering from cancer chose holistic treatment versus Western medicine because of Belle’s story, then I am horrified if it was all a lie. Just like I am horrified when people lie about being vegan when they’re not, and how people on the Internet can claim to be ANYONE, anywhere, anyhow (Catfish, anyone??!).

We as bloggers/Internet personalities have the responsibility of being as authentic as humanly possible. We are responsible for bringing truth, accuracy, genuineness and a sense of humanness and reality to a sometimes very untrustworthy Internet world.

I hope, if the allegations are true, that Belle will release a statement explaining herself, her thought process and her entire truth. I hope she knows that that could be a book in itself, and that her hundreds of thousands of followers and former supporters would appreciate every ounce of it.

Also, as someone who has been publicly bashed for my authenticity & honesty about my eating disorder/lifestyle change, I feel strongly about advocating for honesty. At the end of the day being HONEST and true to yourself is worth everything in the world. Plus, I have gotten a lot of hatred for being “media hungry” because of my authenticity… and seeing Belle get bashed for being “media hungry” for supposed inauthenticity is a very interesting catch-22.

I will be curious to see how it unfolds, but in the mean time do me a favor & remain your authentic, true, beautiful selves. The world needs more of that. Am I right?!

P.S. I will update you if the information available changes or expands, but I had to get my thoughts out there. In the meantime… this article via Yahoo & this article via Elle are very interesting.

1
Share
28
Next Half Marathon Recap: The Personal & The Physical