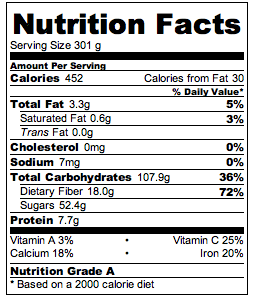 Autumn in a Jar

I have been on a major cinnamon kick lately. Maybe it has something to do with the fact that my 6th juice each day of my juice cleanse was a delicious blend of cinnamon, nutmeg, cashews and agave, so I got pretty accustomed to ending each day with that heavenly blend of spices. Yeah… that’s probably it.

This morning’s breakfast was the quintessential autumn in a jar. (Does anyone else ever struggle to decide whether to call this season fall or autumn? Fall is more common, but I’m always afraid people are going to think I’m writing about the act of falling… and the word autumn is so pretty!)

This recipe reminded me of when I was little when my family and I used to go to a ranch right outside of Sacramento called Apple Hill every fall to ride hayrides, pick apples and check out the Christmas trees. And drink the best apple cider there ever was. It’s a staple in the Sacramento area, and I have such pleasant memories of going there all bundled up right when the weather started to change.

When I think of Apple Hill, the memory of two aromas fill my nose: apples + cinnamon. This morning, I covered my apple slices in cinnamon and honey before I covered them with cinnamon oatmeal (mixed with a super ripe banana). May I tell you… it was so good! And this is the perfect time of year for it.

P.S. with the changing season, its time to start really thinking about which fruits are best in the fall/winter, and sadly time to say goodbye to all of those yummy summer fruits. I was heartbroken when fresh figs started being sold fewer and further between around here (now I can’t find them at all!) and my yummy blackberries, strawberries and blueberries started becoming less plump and juicy and a little more tart. Apples are at their peak right now, so stock up! They are bigger, juicier and sweeter than ever. Pears are great at this time of year. Same with grapefruit and oranges. And on a veggie note: squash, broccoli, cauliflower and Brussels Sprouts are all at their peak. We have been LIVING on Brussels Sprouts at my apartment this week.